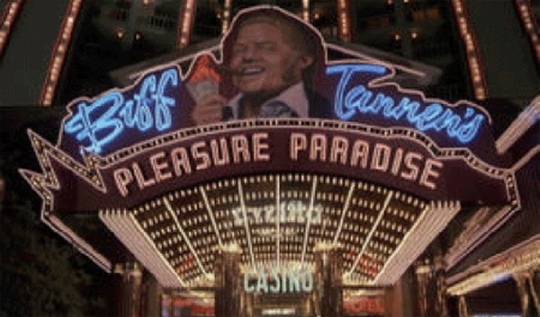 I was driving through a stark industrial corridor near Fulton Market on my way to work when I was told I had a tumor growing right next to my brain. When you get news like that, especially when you totally dismissed the possibility because of course your gut hope is much more reliable than science, you partially leave your body. Tunnel vision. The world is stuffed into a camera viewfinder. One reason not to answer the phone while driving.

“You have a macro adenoma on your pituitary,” said the nurse.

“That sounds like cancer. Are you telling me I have brain cancer?”

“No, the pituitary is next to the brain. Not in it. And this isn’t spreading like malignant cancer.”

OK, that’s fair. It really is. Still leaves a lot of “what the hell does this mean?” So she got me in to speak to my neurologist later that day.

The pituitary is a little bean-looking gland that regulates hormones affecting metabolism, various growth needs and, well, a lot of body things. A lot. A pituitary adenoma is the kind of thing you can live with for years, not know it, not feel any changes and then suddenly it’s causing a lot of problems. That’s why we’re going to call this fuck tumor of mine Biff. Because fuck Biff. Do you know a nice, warm, considerate Biff? Me neither. Say it with me. Fuck Biff.

But fuck me too for not dealing with this sooner. I lived with bizarre, random, not-quite-migraines, not-quite-cluster headaches for the last two years. Biff is a strong candidate for the cause. We don’t know for certain, but it’s looking more likely every day. Advil and Aleve stopped working after about a year (though maybe they never really worked). My search for relief started with the acupuncture table and an ever-growing list of home remedies when pills failed. Ice packs. Chocolate with chilies inside. Caffeine. Quitting smoking. But the sharp stabs returned no matter what I did or didn’t do.

At worst, they felt like a drill boring into my head with occasional deeper thrusts just to remind me they were still happening. It’d mostly be on the right side of my head, or back and left, or on the very top. If I was having a particularly bad day, it felt like a string of firecrackers wrapped tight in my head went off, and kept going. Sometimes it was just a dull ache from the moment I woke up in the morning until I went back to sleep at night. They would stop for weeks and then come back. If you noticed a developing trend of me ghosting out during fun things, or generally random pained looks on my face, well, now you know why.

Yep. This was my brain on a bad day.

I should give some due props to acupuncture, because that helped me a ton with the pain. But it always came back.

We fortunately found Biff relatively early. So there’s good news that comes with something as nasty sounding as this. It’s not spreading or pressing on any nerves or bone. We think we know exactly what it’s doing to me and I’m being treated for that as I write and you read. So far, the very simple medicine I take is working and the headaches are all but gone (with very few exceptions). Also, it’s the one type of adenoma that can be treated without surgery. As of now, I don’t need surgery. That could change, but so far so good. Even the surgery isn’t as bad as head surgery goes. The pituitary is right behind your sinus, so you go in through a nostril, punch through a sinus and there you are. No head splitting.

Am I completely out of the woods? No, but that’s why I’ll be doing MRIs at least twice a year for my foreseeable lifetime to make sure that prick Biff doesn’t have even an ice cube’s chance in Satan’s crotch to hurt me. Aside from the damage Biff is capable of doing if left to himself, he’s already caused me enough problems. But, he’s also on the retreat.

Why even tell you this? I’m not dying. I’m in treatment and it’s going well. The damage Biff has caused is being reversed as you read this. Take that, you weasley little piece of shit. I will tap dance on your grave. It helps to talk menacingly to Biff. It’s the only language he speaks.

So why? Remember how I said ‘fuck me for not doing something sooner?’ I knew for a good few months I needed the MRI and didn’t do it. And that was a year and a half after the fucking headaches began. Since I learned about Biff, I’ve read other stories of people who got their brains checked six months into a condition very similar to mine. I’m telling you this because there comes a time where you need to get these things looked at. Period.

Fear was part of it, denial was too. My trade off for a slow ass metabolism was I didn’t get sick. This is new territory. People have threatened to kill me because of stories I wrote or was working on, and yet the prospect of breathing my last breaths surrounded by hissing machines all plunging tentacle tubes into all of my orifices is what shook me. I had dreams of dying in a hospital bed when I was first told to get an MRI. During one acupuncture session, I could see my own funeral. I was hovering over it. Some of you were there. For the first time since I was a child, I was scared of the truth.

Warm and fuzzy advice aside, considering the cost of an MRI also slowed it from happening sooner. Health care costs a ton. These tests don’t come cheap. I did some life downsizing myself to make sure I can cover what I’ll need to cover down the line. But if you’ve been living with pain, especially in your head, for months, just get that damn thing looked at. Set up a payment plan. Do you what you have to and make it work.

Besides, as a great writer named Brigid Sweeney pointed out, waiting and delaying might cost you even more.

If I waited too long, Biff would’ve latched himself to my skull and spread, possibly becoming malignant, possibly becoming the deadly brain cancer I feared. Even if he never became malignant, he might’ve started pressing on my optic nerves and blinding me because he’s Biff and he’s an asshole.

Be smarter than me, and get checked out.

I’ll be sharing more haphazardly learned wisdom as we fight and kill Biff. Look (relatively) soon for my next story: Make Dance Beats with Your MRI Machine

And yes, I know. This is the first post since 2010. I’ve been busy, damn it. Just look around the rest of the site and see what I’ve been up to. That’s how we shamelessly self promote.